skip to main | skip to sidebar

I'm a model, you know what I mean

Those of my readers who have not met me "in the flesh" so to speak, may be unaware of the fact that I am incredibly good-looking, as is testified to by the following "modeling" photo-shoot fashion magazine photos. 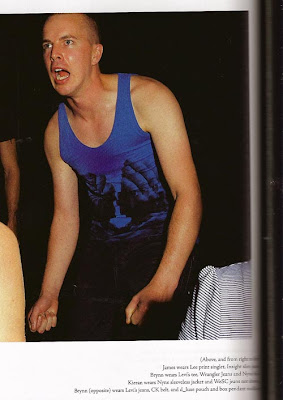 You might have thought that this was the work of a veteran model-slash-actor, but in fact this was my first photo-shoot since I joined the Red Eleven models and talent agency over two years ago. During this time I had worked on my poses, eventually perfecting "Blue-Squeal". I think it was worth the wait, the world is ready now, apparently they weren't in the last 12 auditions. 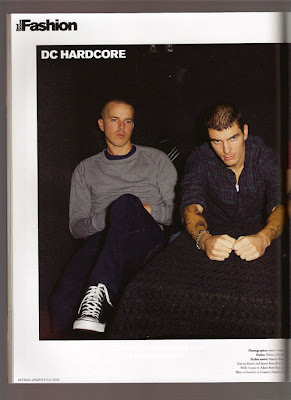 Brynn, the considerably less attractive model at the shoot, had been fortunate enough to fall into numerous international advertising campaigns, underwear posters and television ads for aftershave and watches and such. I tried to give him some pointers on pouting, but as you can see he didn't really listen. Models... 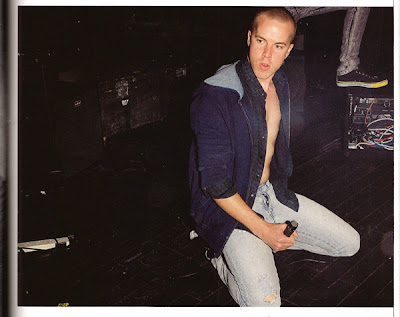 If you'd like to have these pictures in hard-copy... you'd better get down to your local magazine store and pick up a copy of Real Groove magazine, before they run out.
Posted by Editosaurus at 12:48 AM 0 comments

This morning when Michael Laws (on Radio Live) informed me that one third of lotto winners "knew they were going to win", it reminded me just how bad the masses and their mouth-pieces are at judging probabilities. Laws seemed to be suggesting that if one believed they were going win the lotto they had more chance of winning. Not only is this probabilistically wrong, but it is at its most basic wrong, after all, presumably TWO thirds of lotto winners didn't believe they would win the lotto - suggesting generally that one had more chance of winning if one did NOT believe they were going to win.

But even this wouldn't be correct, as it is not important what proportion of winners believed they would win or not, but how that proportion relates to what the ticket buying population believes in general about whether they will win or not. I would hazard a guess that a third of people who buy tickets believe they will win, or would say so if they did.

But you read this blog to see if the chances of winning tonight are good:

The chances against winning 1st or 2nd division are astronomical, and as we have seen for the last few weeks there is a good chance it will not go. If it does go, it won't be you, get used to the idea.

The chances of winning 3rd division (which is what we're hoping for here) are 1 in 35000. Which are fabulous odds to begin with, but lets whittle them down.

So, what are the chances of it getting past these posts? Well, the chances of winning 1st and 2nd division with one line is 1 in 16 million each, which makes your chances of getting one or the other about 1 in 8million. With four million 6 line tickets being sold this makes 24 million lines. So when I entered this into Wolfram Alpha as (7999999/8000000) to the power 24000000 it gave me a 49.8% chance of the prize not being won in 1st or 2nd division (which shows just how difficult it is to win 1st or 2nd division!).

So taking into account this 50% chance that the prize won't make it to 3rd division we can take our 1 in 35000 chance of winning a share of the big prize and halve it...

This is how I feel watching John Lennox debating Richard Dawkins

Posted by Editosaurus at 5:21 PM 0 comments

Where to from here?